Beetles come in many shapes, sizes and colors. Some, like the click beetles, are long and slender. Some beetles like lady beetles and June beetles (also known as June bugs) have an oval or rounded shape. There are even beetles that resemble spiders. 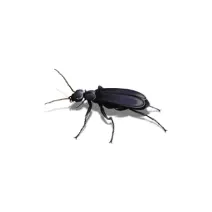 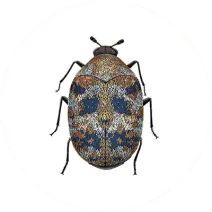 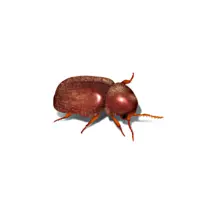 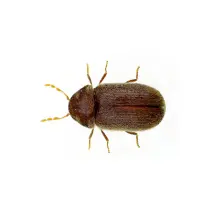 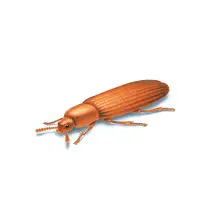 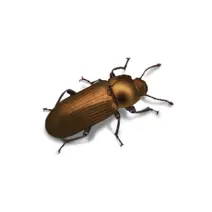 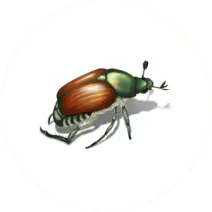 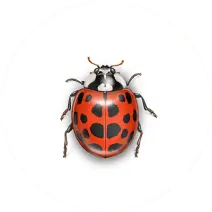 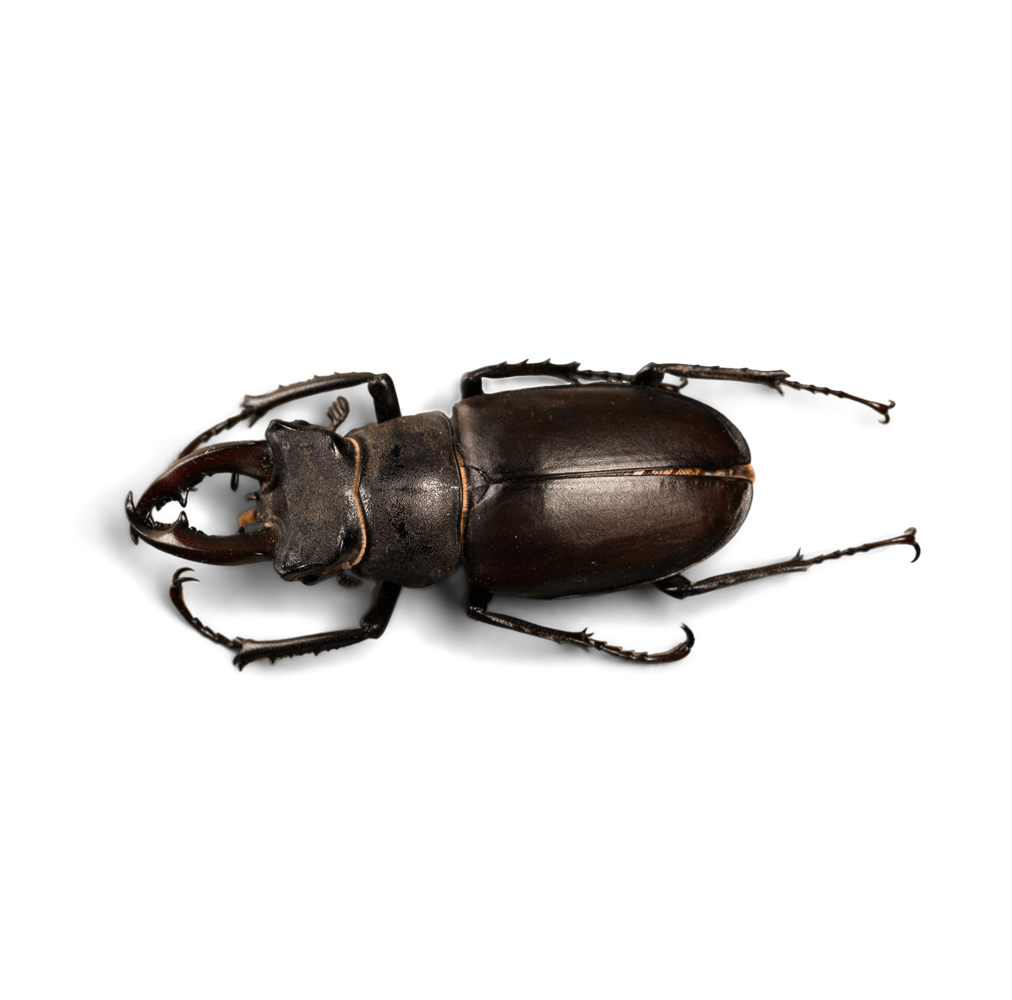 Beetles are the most common type of insect.  Beetles are everywhere.  But beetles can be confused with other kinds of insects, especially some true bugs.  So how do you recognize a beetle?

First look for the wings and wing cover.  Most insects have wings, and those that do have two pairs.  Beetles differ from all other winged insects by having the first pair of wings hardened and thickened.  These hard forewings serve as a protective shield for the fragile flying wings, which are folded underneath.  In fact, the Latin name for this order, Coleoptera, means “folded wing”.  Wing covers in beetles meet in a straight line down the middle of the back [the simplest test for a beetle is the one invented by schoolboys long ago–if it crunches when you step on it, it was probably a beetle (wing covers are brittle)–but let’s not].

There are a few true bugs (Order Hemiptera) whose wings somewhat resemble beetles, but true bug wings are only partly hardened and thickened.  The outer half of true bug wings are translucent.  The two groups can also be distinguished by their mouth parts.  Beetles always have chewing mouth parts, while the mouth parts on true bugs are designed for piercing and sucking.  If you flip the insect over, look under its head.  If there is a ridge extending from the tip to the end of the head, it’s probably got piercing-sucking mouthparts and is not a beetle.

There’s one other complicating factor in recognizing beetles. Before emerging as winged adults, beetles undergo a very different-looking immature (or larval) stage. The larval life stages of beetles are very diverse in appearance, but generally are elongate with three pairs of jointed legs at the front of the body.  They are told apart from caterpillars by the lack of claspers on the hind segments of the body.  For some images of beetle larvae, click here.

How To Get Rid Of Beetles?

Beetles can simply be removed by sweeping or vacuuming. Not all beetles can be controlled with this method. Truly Green Pest Service will advise you the best plan for controlling beetles.

Before you bring items into your home or business, inspect first. Especially, foodstuff, wooden items, and fabrics. Moisture usually can attract beetles and cause a beetle infestation.  Remove all items that beetles are found in as larvae could be present.

Various beetles are attracted to light. There are times when you will need to dim the lights. Even cracks with light emitting from the crack is enough to attract beetles.

Some foods will attract beetles. Beetles can lay their larvae in the food items and flourish to an infestation. Keep lids a closed on all food containers to prevent infestations.

Use the “first-in, first-out” concept to help control both food and wood-destroying beetles. Avoid accumulating old fabrics by regularly cleaning out closets to prevent or lessen the possibility of fabric beetle infestation.